As the semester comes to an end , it has been fun reflecting on my take away from the class.  While I don’t believe I am now ready to start my own website and take over the world with my media skills, I think I developed an even more important skill- problem solving.

This class was challenging in a lot of different ways and coming into it, I somehow had the idea that it would be less work than any other Takacs class, I was mistaken.  This class was notorious from my classmates for throwing curveballs left and right.  If you weren’t trouble shooting a different software you were cursing at you’re computer for somehow deleting your whole project 15 minutes before its due. 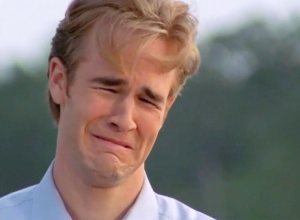 Working with technology is frustratingly unreliable which sucks, but it is worse when you have you’re whole class is relying on you to come through with your piece of the puzzle.  Being able to troubleshoot a problem rather than crumpling to a ball on the floor is pretty useful, believe it or not, so without further ado-

The Don’ts of Digital Humanities

Wow, surprise I actually really enjoyed this project!  Although not everything went my way for it, I was able to throw something together that I’m actually relatively proud of.  This process was really interesting in the different resources one can use to create a film.

I started by borrowing a GoPro camera from the library and taking it out to film some b-roll.  I went downtown to get the usual shots for a video about folk music, the historic theaters and the Guthrie Center.  After that I met up with a friend who was of age during the Vietnam War.  He invited me to his buddy’s house who was also around his age in the 60’s.  My plan was to interview them for my film and hear the different stories of their experiences involved with the draft. However, when I got there and started filming our conversations the GoPro was losing battery.  In the GoPro kit there was supposed to be a cord that charges the camera, there was a cord but it wasn’t the right kind to charge the camera or connect it to a computer.

My plan after that realization was to try and find a cord that connects the camera to upload the video, but I couldn’t.  After that I just took a leap of faith and googled “free online video creator” and came across animatron.com which had  a program called wave.video that you could use to create a video.  This software was awesome, it had a huge collection of free videos, images and audio which you could easily figure out how to put together to create a simple film.  One of the only issues I had with wave.video was that it only allowed for one line of audio, like I couldn’t layer my voiceover with an audio provided.  This led me back to my old nemesis, AUDACITY.  Luckily I already had the experience of using Audacity to record and upload the voice over from my phone and then download a folksy sounding song from a free online audio database.  I layered them in audacity and uploaded it onto wave.video to get around the single line of audio problem.

I guess my other issue with wave.video would be that in order to produce higher quality videos without a watermark or videos longer than two minutes you have to pay like $60 a month.  The service is geared toward companies looking to create videos for marketing on social media so I guess I can see how that price might be appropriate for them, but not a student.  Other than those two things, I would totally recommend this service to create a simple video to another student in a pinch, but unless you’re willing to pay, I wouldn’t use it for much else.

Lastly, I’m going to do a little bit of shameless self promotion with a video I was the subject of.  My cousin was selected for a short documentary incubator for young latinx filmmakers. The prompt was ‘if you could make a film about anything in the US or Mexico, what story would you tell?’ and she chose me and my work on progressive campaigns in Oklahoma.  She did an amazing job because she actually was able to make me sound smart and interesting!

I have never felt more like my dad than I have trying to use audacity.  I was having such an old white dude refusing to ask for directions every moment throughout the whole process.  As an avid podcast listener, I was really excited to work on this project.  I kind of romanticized the process of creating this recording and thought it would be more intuitive.  I really wanted to be as poignant as Terry Gross.

Working with Audacity wasn’t as intuitive as I had anticipated.  I think in the future it would be better to spend more class and instruction time on how to use audacity rather than how to interview well or how to make yourself sound interesting.  I did appreciate the lab time though to work on these. For me, the interface of Audacity was so frustrating that it actually brought me to tears.  Additionally, having a better space to record the audio would have been nice too, but that’s kind of a perfect world scenario.  Also, I can’t speak for Rachel but I can say for myself, I don’t love public speaking.  I think our recording sounds scripted, because it was, and it was written like a paper, because that’s what I write.  I think another perfect world scenario would be to talk with people who have the confidence to speak well about a subject they are the authorities on.

I will say throughout this frustration I definitely  have a better respect for the folks producing the podcasts I listen to so frequently, however, maybe I won’t be making that true crime podcast my friend and I have talked about doing.

Can I just begin this post by saying I am so glad I decided to take a class on the Vietnam War concurrently with this one on Phil Ochs? Well I guess I just did.  That class, as with many classes on American Studies or American History, is so dense with information and interesting and happens pairs so well with learning about Phil Ochs.  Every lecture of the Vietnam War class is so jam packed with information that provides so much more context for learning about Phil Ochs.  Anyway, don’t tell anyone but I think I’m becoming a history nerd and I don’t know how to stop it.

Although my song had been partially annotated already there was still a lot to be said.  One of the challenges of this assignment was that once you begin researching, it is hard not to end up distracted by all of the interesting events surrounding the song.  What I realized while completing this assignment was that all thought the song was directly in protest of the Vietnam War, it was also largely in protest of the red scare witch hunt that was occurring around the same time. Ochs was not only able to discuss the Vietnam War but also the draft and the domino theory that was overtaking American politics.

I stole my title from the unavoidable CD compilations of ‘today’s top hits’ of the 90’s and early 2000’s NOW That’s What I Call Music.  The ads were a huge part of my childhood, constantly popping up between episodes of Spongebob or whatever else I was watching.  Although the title is a play on words and represent a brand that Phil Ochs probably would have detested which is part of the irony, I do want to make note of the emphasis on the ‘NOW’. My playlist is comprised of songs by Ochs that I believe could have been written today.  Whether Ochs is just a timeless songwriter or things are still just as   screwed is up to you, I like to believe its a little bit of both.